Much peridot that is recovered and faceted by rockhounds and lapidaries, is recovered from the erosion of olivine basalts. Some of these basalts are rich in olivine particularly where basalts have preserved many peridotite nodules such as lherzolite and dunite from the earth's upper mantle.

It is interpreted that the basalt is actually a melted by-product of the peridotite. As the magma was created at depth, the peridotite slowly melts producing the black basalt that has less density than the mantle, and will rise to the surface of the earth with pieces of the original mantle rock and erupt in a volcano, if the magma can find a path to the surface by way of a fracture. If the basaltic magma cools rapidly at the surface, some of the original peridotite may be preserved.

Through time, this basalt will erode and the olivine (peridot) will concentrate in streams, along beaches, or may be accumulated by ants to armor their hills from blowing winds. Here, the gemstones can be collected by prospectors and rock hounds. It also means that in some of these localities that the soil between the old volcano and the peridot concentrates likely contain millions of carats of the gemstone that likely could be recovered through digging and sieving. 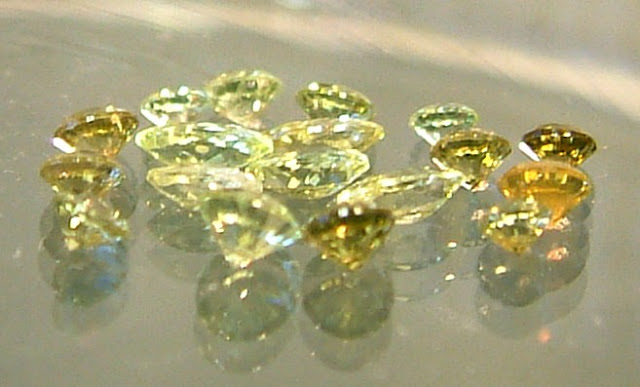